Two months ago, I wrote an article titled “Paris and Facebook: Fear, cognition and manufacturing consent”. Within the body of this article, one of Chomsky’s early publications Manufacturing Consent: The Political Economy of the Mass Media was referenced.

A few months before writing the article, I had seen an interview with the famed scholar, ground-breaking linguist and revolutionary political scientist. He mentioned a slight disappointment in the way people corresponded with him these days, preferring hand-written letters over emails.

So, given the coincidence of writing an article referencing his work, I decided to write to him… by hand. Today, I found a surprise in my letter box. 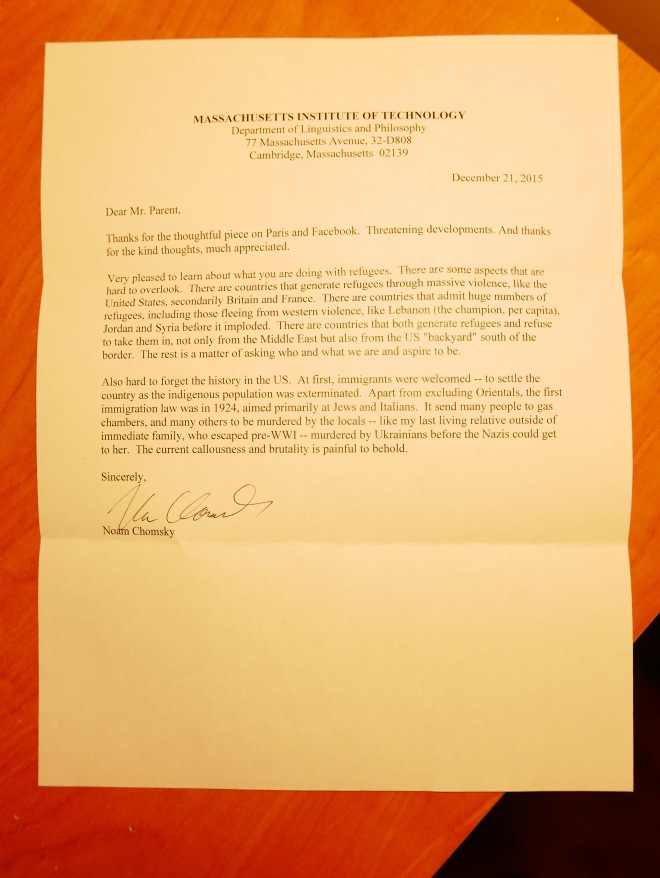 I found this letter to be sincere, on point and filled with powerful statements about the current state of the refugee reality.

Indeed, “the rest is a matter of asking who and what we are and aspire to be”, and that “the current callousness and brutality is painful to behold”.